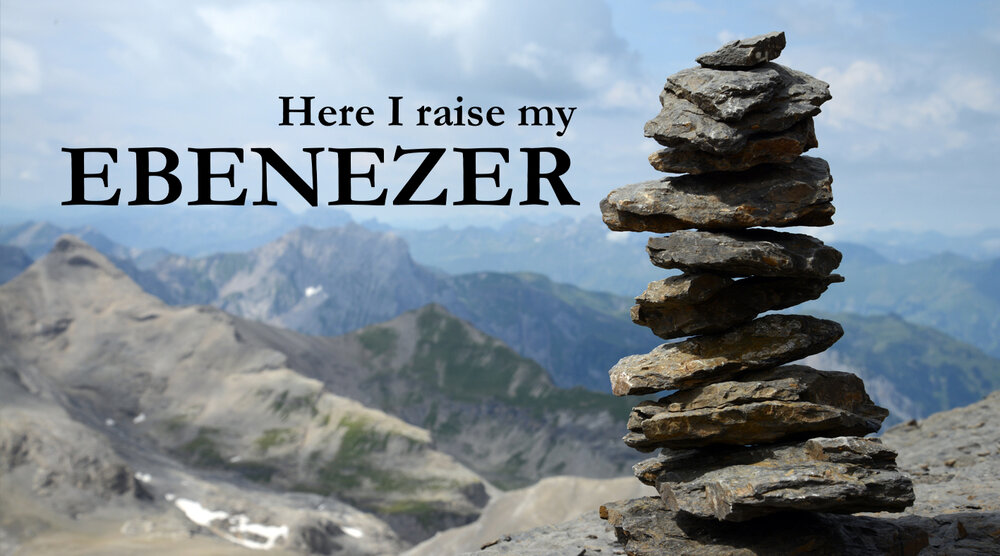 Many of us have grown up going to worship services where we sang age-old songs
that were brought down to us from many years ago. In those songs, we often sing
words or phrases that might not retain a popularly understood sentiment. Yet, even
though we might not understand what we are singing, that has not stopped many of
us from following the song leader through misunderstood stanzas of our old favorites.
One of the phrases that is of particular interest comes from the song O, Thou Fount of
Every Blessing. The lyrics of this song (which originally was titled Come, Thou Fount
of Every Blessing) were written by Robert Robinson in 1758. The second verse of the
song begins with these words: “Here I raise my Ebenezer.” If you are like many who
have sung this song, the word “Ebenezer” immediately brings to your mind visions of
old Ebenezer Scrooge from Dickens’ Christmas Carol, screaming at Bob Cratchet to
conserve coal and get to work. Yet, we all know that is not the idea behind this song.
Where, then, does the term Ebenezer originate, and what does it mean?

In 1 Samuel 7, the prophet Samuel and the Israelites found themselves under attack
by the Philistines. Fearing for their lives, the Israelites begged Samuel to pray for them
in their impending battle against the Philistines. Samuel offered a sacrifice to God and
prayed for His protection. God listened to Samuel, causing the Philistines to lose the
battle and retreat back to their own territory. After the Israelite victory, the Bible
records: “Then Samuel took a stone and set it up between Mizpah and Shen, and
called its name Ebenezer, saying, ‘Thus far the Lord has helped us’ ” (1 Samuel 7:12).
The word Ebenezer comes from the Hebrew words ’Eben hà-ezer (eh’-ben haw-e’-
zer), which simply mean “stone of help” (see Enhanced…, 1995). When Robinson
wrote his lyrics, he followed the word Ebenezer with the phrase, “Here by Thy great
help I’ve come.” An Ebenezer, then, is simply a monumental stone set up to signify the
great help that God granted the one raising the stone. In Robinson’s poem, it
figuratively meant that the writer—and all who subsequently sing the song—
acknowledge God’s bountiful blessings and help in their lives.
The next time you sing about raising your Ebenezer, you will be able to “sing with the
understanding” that you are acknowledging God’s help in your life (1 Corinthians
14:15).

The above article was taken from the following URL:
https://apologeticspress.org/APContent.aspx?category=11&article=909&topic=75