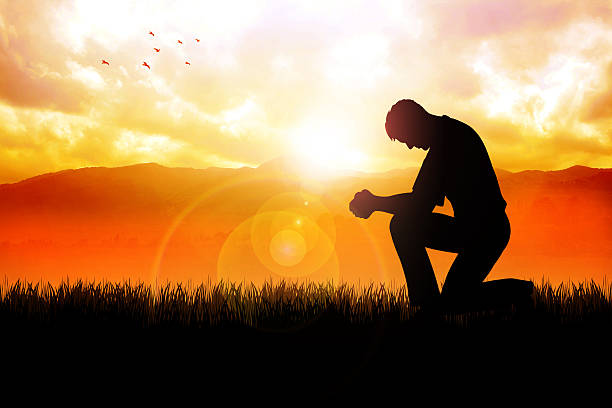 We cannot go without regular Bible study if we desire to be spiritually strong and healthy. Spending time in the Word of God will help us to not only come to know God better but to live the kind of lives that God requires of us. The inspired message of God was given to the prophets and apostles, and it has been preserved for our benefit (Ephesians 3:3-5). We are to desire the sincere milk of the Word so we can grow (1 Peter 2:2). The Bible is of no value to us until we study its contents and allow its teachings to become a part of us. We would greatly benefit if we found good role models to follow in the area of Bible study. If we could see the habits and practices of those who faithfully and diligently studied the Word and incorporate them into our own lives, we would be more capable and well-rounded students of the Bible. The Bible not only tells us it is from God (2 Timothy 3:16-17) and that we should meditate on its contents (Psalm 1:2), but the Bible also provides us within its pages good examples of Bible students. Let us learn some valuable lessons from several great Bible students in the Bible.

Joshua: A Lifelong Student
of the Word (Joshua 1:8)

When Moses died, after leading God’s people for forty years, Joshua took his place (Joshua 1:1-4; Deuteronomy 31:1-8). As Joshua was entering his position as the new leader of Israel, God commanded him to be strong, courageous and studious. He was told to meditate on the Law of the Lord day and night and not to allow the Law to depart out of his mouth, so that his work would be prosperous (Joshua 1:8). Joshua’s success was tied to his relationship with the Word of God. If Joshua kept the Word of God in his heart and obeyed its message, his leadership endeavors would be prosperous (Psalm 1:2-3). Joshua would be assured of God’s presence and power as he led Israel into Canaan, fought foreign nations and organized the Israelites in their new home (Joshua 1:5-7, 9).

While we have no recorded instance of Joshua studying the Law of God, we know that he did. Joshua’s ministry is described as successful (Joshua 24:29-31). All the promises that God made to Israel concerning the Promised Land were fulfilled in Joshua’s days (Joshua 21:43-45). Joshua vowed to serve the Lord no matter who else did or did not follow suit or do the same (Joshua 24:15). It is clear that he took God’s words to heart and made meditating on the Word of God his regular practice. The success Joshua enjoyed and the victories Israel experienced during his time as their leader are a direct result of his faithful adherence to God’s Law. We will prosper in the work of the Lord to the degree that we do the same (John 14:15; 15:14). From the beginning of our walk with the Lord until the end, we should meditate on His Word and internalize its message. We should be diligent students, whether we are new Christians or seasoned members of the Lord’s church.

When Paul and Silas came to Berea, they found the synagogue and began preaching and teaching, as it was their custom to do (Acts 17:2, 10). The Jews in Berea heard the preaching but did not take Paul and Silas’ word for it. They are described as those who searched the Scriptures daily to see if these things were true (Acts 17:11). The Bereans were daily students of the Old Testament (Romans 15:4). They opened their copy of the Scriptures and read for themselves. Furthermore, they were trying to ensure that the things they were learning were true (Proverbs 23:23). In our day of fact-checking and fake news, we should learn from the admirable example of the Bereans.

We should not only strive to be daily Bible readers, but we should also listen attentively to sermons and Bible classes to ensure we are taught the truth, examining everything we hear in light of Scripture (1 Thessalonians 5:21). We should evaluate teachers and their doctrine so we are not deceived (1 John 4:1). The Bereans showed us the importance of regular and rigorous study as they studied to show themselves approved to God (2 Timothy 2:15).

We must not assume that the prophets were omniscient simply because God revealed select messages to them (2 Peter 1:20-21). They knew about the things God related to them, but they had to learn other things just like the rest of us (1 Peter 1:10-12). The prophets needed to study their Bibles so they could know the God of the Bible. Daniel was a great prophet of God who served in high positions in both the Babylonian and Persian Empires. Many are familiar with his commitment to the dietary laws in Leviticus (Daniel 1:8), his ability to interpret dreams (Daniel 2; 4) and his consistent prayer-life that led him to the lion’s den (Daniel 6), but Daniel was also a great Bible student. In Daniel 9:1-2, according to what Jeremiah wrote, Daniel realized in the first year of Darius that the captivity of God’s people in Babylon was ending, and they were heading back to Jerusalem. Daniel had obviously been reading Jeremiah 25:7-11, where Jeremiah’s prophecy is recorded. He realized that God was going to keep His promise and allow the Israelites to return to the Promised Land after seventy years in Babylon. In response to his accurate interpretation of Jeremiah’s prophecy, Daniel prayed a heartfelt and deep prayer of thanksgiving and penitence on his behalf and on behalf of the people. Daniel’s Bible study had two great benefits: he was able to lay hold on God’s promise, and he was driven to his knees in prayer. We should study the Word like Daniel and allow it to refresh our memories concerning God’s promises (2 Corinthians 1:20).

We must be reminded of what God said He would do and all that He has done (Romans 8:28). Our faith will increase as our Bible intake increases (Romans 10:17). Moreover, when Bible study is done properly, it should result in prayer. We should be thanking God, asking for His forgiveness, seeking guidance to apply the message and asking for courage to apply what we have read (James 1:5-8). Daniel was a prophet, but he was also a student of the prophets. We should adopt his practice of study, proper interpretation of the text and fervent prayer.

John described Jesus as the Word (John 1:1). Jesus is God’s message to the world, clothed in flesh (John 1:14). Although Jesus is divine, He became a human being and was a superb student of the Word. We may assume Jesus never had to study because He was omniscient (John 2:24-25), but the Bible depicts Him as interacting with the Word. At twelve years old, He was sitting in a Bible study, asking questions and giving amazing answers (Luke 2:46-47, 52). The first time we read of Him in the synagogue, He turned to Isaiah and read the prophet’s message, which He also fulfilled (Luke 4:16-22; Isaiah 61:1-3). He responded to each temptation from Satan by quoting the Book of Deuteronomy (Matthew 4:1-11). He died with the Psalms on His lips (Matthew 27:46; Psalm 22:1; 31:5; Luke 23:46).

Jesus not only embodied the Word in His life, but He frequently spoke the Word of God from the Old Testament. The Word was hidden in His heart, which kept Him from sinning (Psalm 119:11; Hebrews 4:15). The only sinless Man who ever lived had a healthy acquaintance with the Word of God. If we desire to be successful in the fight against sin, we should become regular students of the Word. If Jesus needed the Bible to get through this life, so will we. Let us learn from His example. Let us know the Bible, quote the Bible in times of hardship and, most of all, live out its message (1 John 2:3-5).

The above article was taken from the Gospel Gazette at the following URL: https://gospelgazette.com/gazette/2022/aug/page10.html