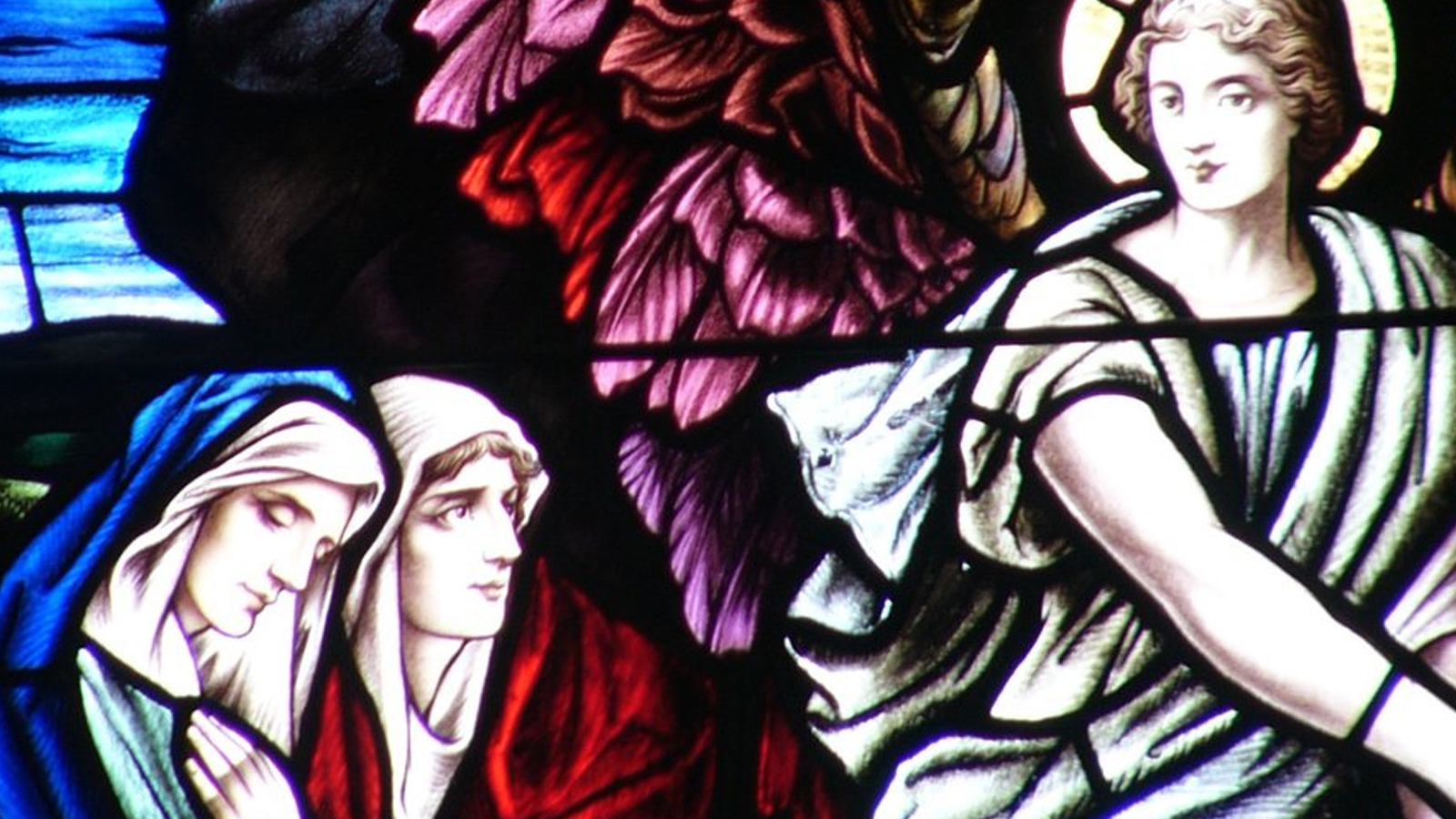 by Eric Lyons, M.Min.
In his debate with Michael Horner on “Did Jesus Really Rise From the Dead?” atheist Dan Barker asked:
Who were the women who came to the tomb? Matthew said it was Mary Magdalen and the other Mary.
Mark said it was Mary Magdalen, Mary the mother of James, and Salome. Luke said it was Mary Magdalen, Joanna, Mary the mother of James, and other women. John said Mary Magdalen….
Who was at the tomb when they arrived? Mark said there was one “young man.”… Luke said there was
[sic] two men. Matthew said there was one angel, and John, the last writer, said, there’s two angels. See
what’s happening here? See how the myth is growing and getting more exaggerated?1
Indeed, two of the most frequently cited reasons for questioning (and perhaps rejecting, as in the case of
Barker) the four resurrection accounts have to do with the identity and number of women who went to the
empty tomb of Jesus, as well as who (and how many) they actually found there.

Many fail to recognize in their critique of the Bible that additional information is not necessarily contradictory
information. Was it essential for the apostle John to mention every woman who came to the tomb of Jesus on
the morning of His resurrection, or was he at liberty to mention as few as he wanted (John 20:1)? If Mary
Magdalene was at the tomb on that Sunday morning, and John recorded that she was there, without ever
denying the presence of others (some of whom were mentioned by Matthew, Mark, and Luke), could his record
of the events be truthful? Of course. Differences exist among the Gospel writers’ accounts, but no one has proven that they are discrepant. Just as a person might say, “I went to the ball game with Bill, Bob, and Bubba,”
he might also truthfully say, “I went to the game with Bill and Betty.” These statements are not necessarily
contradictory. One can easily (and honestly) supplement the other. A person may only mention Bill and Betty in
one setting when talking to one group (e.g., at worship where the church knows the married couple), while at
another setting when talking to a different group (e.g., at the office where only the men are known), he may

truthfully just mention the men. We must keep in mind that Matthew, Mark, Luke, and John wrote at different
times, to different people, for different reasons.
Consider the scenario where four different newspaper reporters are covering the 2021 NBA finals (between the Phoenix Suns and the Milwaukee Bucks). All four writers are from different cities, including Phoenix, Milwaukee, Charleston, South Carolina, and Athens, Greece. Here are the four different headlines from the Bucks’ third win
in the series:
• From Phoenix: “Timely Team Effort Lifts Bucks Over Suns”
• From Milwaukee: “Jrue Holiday’s Big Night on Offense and Defense Leads to W”
• From Charleston: “Hometown Hero Kris Middleton Shoots Lights Out in Win”
• From Athens: “Greece’s Giannis Leads the Way for Another Bucks Win”
All four reporters focused on different people in their headlines (and stories) for different reasons for their
different audiences. Yet, all four reports were truthful. No reasonable person would accuse the writers of contradicting one another. Similarly, no rational, fair-minded individual should assume the Bible writers were
errant in their accounts of the events on the morning of Jesus’ resurrection.
Furthermore, if the Bible writers always told every detail of every account the same way (mentioning the same
people, places, things, and events exactly alike), the criticism would then be, “They all copied each other’s
accounts. They conspired with one another!” When an experienced detective interviews various suspects
regarding a crime, and all four suspects have the exact same alibi (down to the smallest details), the detective will be highly suspicious of such “perfect” repetitiveness—wondering if collusion has taken place to cover up a
crime.
One of the many marvels of the Gospel accounts is how similar they are so as not to be contradictory, yet how
different they are so as not to be guilty of collusion. This perfect balance of various truthful differences is what
should be expected by independent truth-tellers, especially those who were inspired by God.
THE NUMBER AND NATURE OF THOSE ALREADY AT THE TOMB

The Gospel writers also differ in their accounts of who was at the tomb of Jesus when the women arrived.
Regarding the number of individuals present, if there were “two” (as Luke and John specify), then there was at least one (on whom Matthew and Mark focus). Matthew and Mark do not say “there was only one,” but they do mention one individual. As with the number of women who came to the tomb, the number of individuals who
were already at the tomb is not contradictory but supplementary. If I tell someone, “I have an old car with a lot
of miles on it,” and I tell someone else, “I own two old cars you should check out,” I have not contradicted myself. Both statements are factual. Simply because I did not mention both cars in the first conversation is not a
denial of owning more than one older car. It’s quite telling how easily skeptics can understand the legitimacy of
supplementation not being equivalent to a contradiction in their own everyday-life scenarios, yet not give the
Bible writers the same fair treatment.
Still, what about the nature of the individuals at the tomb of Jesus? Were they men or angels? The answer is simply, “They were both.” Lest someone scoff at such an answer, pause for a moment to consider how versatile certain things are (as well as the description of those items). In one setting, a person may refer to his handheld
device as a “phone,” and in another setting, his “flashlight.” He may take out this device at a meeting to check his “calendar,” while later on that night he uses it as an “alarm clock.” (Imagine telling someone in 1950 that his
“phone” would one day also be his flashlight, calendar, alarm clock, camera, directory, etc. He would have thought you had gone mad. Yet, to those in the 21st century, it all makes perfect sense.) Many things are not either/or; they are both/and.
Similar to how Jesus was both God and man (John 1:15,14; Philippians 2:5-11), the individuals at the tomb of Jesus on the day of His resurrection were both angels and men. Matthew, Mark, Luke, and John were all correct
in their accounts. The angels were in human form. Mark and Luke referred to their humanity (in their appearance), while Matthew and John referred to their angelic nature. Consistent with what Scripture teaches
elsewhere (e.g., Genesis 18:1-33; 19:1,5,15), in the past, both God and angels have come to Earth in the form of
human beings.
The four Gospel accounts independently testify that various women arrived at the tomb of Jesus on the morning
of His resurrection and were greeted by angels who were in the form of men. Such differently worded statements are without contradiction. In truth, they stand as perfectly harmonious accounts with different,
supplemental material from four different independent writers.
ENDNOTES
1 Dan Barker (1996), “Did Jesus Really Rise from the Dead?” Debate with Michael Horner at the University of
Northern Iowa, April 2, http://www.infidels.org/library/modern/dan_barker/barker_horner.html.
The article above was taken from the following URL: https://apologeticspress.org/APContent.aspx?