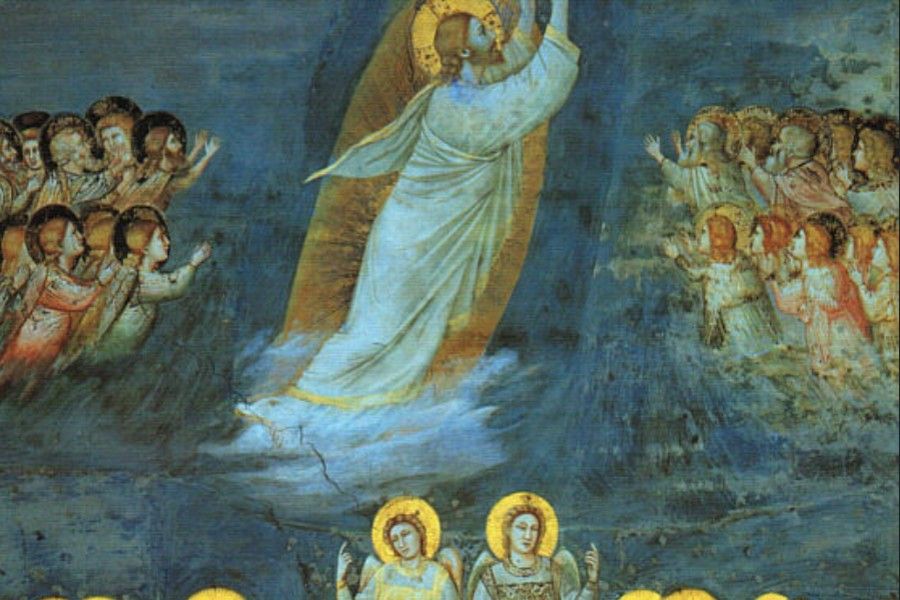 Some time ago a gentleman presented what he thought was an “insurmountable problem” for
the Christian who claims that “Jesus physically rose from the grave in essentially the same body
that was crucified on the cross” (see Lyons, 2004, emp. added). Allegedly, since God is spirit, Who
lives in the spiritual heavens, it was necessary for Jesus to die a second time in order to shed His
earthly body. And, since there is no mention of Jesus shedding this body before ascending into
heaven, one supposedly cannot justifiably conclude that He physically rose from the grave.
A brief consultation of Scripture, however, reveals that such argumentation is extremely
irrational. First, if Almighty God could create that which is visible from that which is invisible
(Hebrews 11:3; cf. Genesis 1), then it is logical to conclude that the same omnipotent God can turn
a physical body into a celestial, immortal body simply by willing it to happen. Recall that Jesus once
turned water into wine simply by desiring it to happen (and not by adding grapes, sugar, food
coloring, etc.—John 2:1-10). What’s more, He miraculously healed a centurion’s servant (who was
not even in His presence), by merely willing it to “be done” (Matthew 8:13). Could this same Jesus
not choose to change into His glorified, celestial body at some point before sitting down “at the right
hand of God” in heaven (Mark 16:19)? Could the Father not simply will it to be done? To ask is to
answer. continued on last page…

Second, the Bible never suggests that the angels who appeared on Earth in the past in human
form had to “die” in order to get their former celestial bodies back. Before the destruction of Sodom
and Gomorrah, Jehovah and two of His angels appeared in human form and ate a meal prepared by
Abraham and Sarah (Genesis 18:8). The two angels later entered Sodom and ate another meal with
Lot before warning him to flee the wicked city (Genesis 19:3). Would anyone advocate that these
angels (and even Jehovah Himself) had to experience physical death before re-entering their
heavenly home? If not, why would one conclude that Christ needed to die again physically (following
His resurrection) before ascending up into heaven?
Finally, Jesus did not have to die a second time in order to transform into His celestial body
anymore than Christians (who will be alive when Jesus returns) will have to die before receiving
their celestial, immortal bodies. The apostle Paul addressed this very point in one of his epistles to
the church at Corinth.
Now this I say, brethren, that flesh and blood cannot inherit the kingdom of God; nor does
corruption inherit incorruption. Behold, I tell you a mystery: We shall not all sleep, but we shall
all be changed—in a moment, in the twinkling of an eye, at the last trumpet. For the trumpet
will sound, and the dead will be raised incorruptible, and we shall be changed. For this
corruptible must put on incorruption, and this mortal must put on immortality. So when this
corruptible has put on incorruption, and this mortal has put on immortality, then shall be brought
to pass the saying that is written: “Death is swallowed up in victory” (1 Corinthians 15:50-54,
emp. added).
He also wrote to the church at Thessalonica about this subject.
For the Lord Himself will descend from heaven with a shout, with the voice of an archangel, and
with the trumpet of God. And the dead in Christ will rise first. Then we who are alive and remain
shall be caught up together with them in the clouds to meet the Lord in the air. And thus we
shall always be with the Lord (1 Thessalonians 4:16-17, emp. added).
According to Paul, there will be Christians living on Earth when Jesus returns. Before entering
heaven, these individuals will not have to die first. Rather, God simply will “change” their bodies into
“incorruptible” bodies “in a moment, in the twinkling of an eye, at the last trumpet.” Exactly how this
is going to happen and what these bodies will be like, we are not told. What we do know is that
those living when Jesus returns will not have to go through a “death and burial” before getting these
new bodies.
To argue that Jesus’ resurrection was not a physical, bodily resurrection based upon the
assumption that He would have had to die again (in order to put off that old body) before ascending
into heaven simply is not a biblical, rational argument. Based upon the above scriptures (and others
—cf. 2 Kings 2), one can be assured that in the past God has chosen to change the spiritual into
physical and physical into spiritual simply by willing it to happen. What’s more, He will do so again at
the end of time when those “who are alive and remain” (1 Thessalonians 4:17) will “be changed” (1
Corinthians 15:51) and “caught up…in the clouds to meet the Lord in the air” (1 Thessalonians
4:17).

REFERENCES
Lyons, Eric (2004), “Did Jesus Have the Same Physical Body After His Resurrection?,” [On-line], URL: https://www.apologeticspress.org/articles/585.
The above article was taken from the following website: https://apologeticspress.org/did-jesus-begin-his-ascension-while-in-a-physical-body-1825/