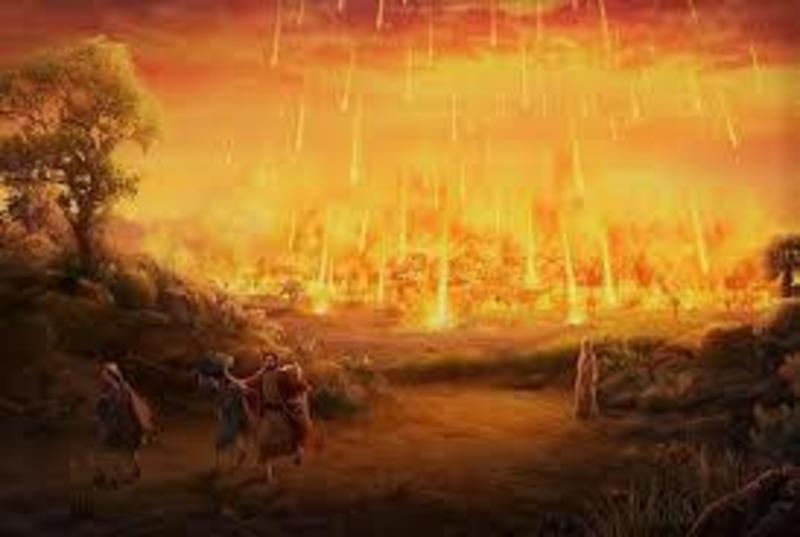 My family recently moved out of California, and one of the primary reasons for doing so related to the
desire to get our children out of a state that Kari and I didn’t believe offered them a bright future. There is no
perfect state in our country, we know that, but we did what we believed was best for our family.
With this in mind, I was thinking about Lot living in Sodom and wondering why he stayed there so
long? It took a very “strong arm” to get him out of there before the city was destroyed. He was living in a
city so evil that even thousands of years after its destruction, it still stands as an example of God’s
displeasure.
We know why Lot moved to Sodom. Genesis 13:10 tells us this area was “well-watered everywhere”
and it was “like the garden of the Lord.” Unfortunately, the physical beauty masked the depravity that
existed there. So, why did Lot stay? What kept Lot in Sodom? We know he had family members there, but
perhaps he also had a successful business he did not want to leave? We don’t know the exact reason, but
it’s likely the same reason his wife turned around to look at the city when the Lord explicitly warned against
it.
One thing we do know is that the Lord did not fault Lot for living there. 2 Peter 2:7 offers an important
piece of information as Peter says God “delivered righteous Lot.” The extreme wickedness in Sodom did not
impact Lot’s righteousness. In fact, the rest of the verse says Lot “was oppressed with the filthy conduct of
the wicked” in Sodom. Like Noah, Daniel, and many other faithful followers of God, Lot was able to live in
his world without being “of the world” (Romans 12:2) or “loving the world” (1 John 2:15).
One conclusion we can draw from this is God’s willingness to allow His people to live anywhere in
this world as long as our allegiance is to Him. God never calls us to go hide in a cave, or to only live where
other people are faithful. His desire is for us to shine as a bright light in a dark world (Matthew 5:13-16).
Jesus commanded us to “go into all the world and preach the gospel to every creature” (Mark 16:15).
No matter how bad your workplace, your school, your neighborhood, your state, or even your country,
you and I can be pleasing to God. 2 Peter 2 offers us great consolation in giving Lot as an example of God’s
promise to deliver the godly. Keep on keeping on…..fight the good fight…..wherever you are.