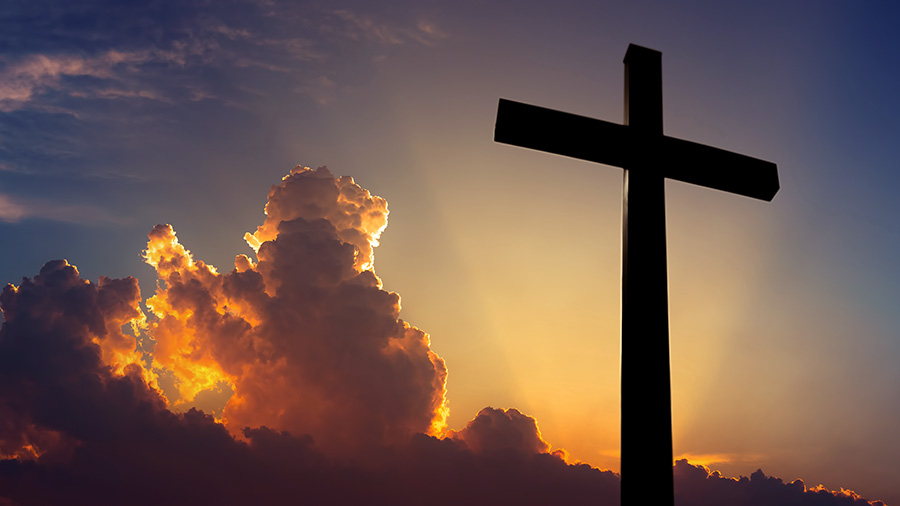 Each of us finds truth at the cross of Jesus. As you stand at the foot of His cross, what great truths come into your heart? Sometimes our greatest understanding of truth comes in the midst of great trauma.

At His cross, I learn the truth about myself. There were so many who were impacted by His death and each had his own reason for being there. I wonder if I would have stood beside those who mocked Him? Would I be among those who walked by and kept going with little interest in what was happening?

Would I have stood beside His mother and sought to comfort her, or would I have not been there at all like those disciples who fled from the garden? The answer to these questions might be discovered by seeing what emotions I have during the meditation I do when I commune with Him around the His table.

At His cross, I learn the sinfulness of mankind. Think of all the evil that filled the hearts of those evil men whose agenda brought about His death. Three times Pilate asked these men, “What evil has He done?” (Luke 23:22). There is no answer to this question, for He never did even one thing wrong. The Jews could not find any evidence as to why He should die until two false witnesses lied about what He had said about the temple. Why was the mob so enraged? Why were the words spoken to Him and about Him so filled with such blasphemy? Evil is a reality in our world and it has never been seen more clearly than at the foot of the cross.

At His cross, I learn the truth about my inability to save myself. My own “goodness” could not take away the guilt of only one sin. The only hope I have of heaven is that hanging on that cross was the One whose sinless life could redeem me. My sinfulness means I owed a debt, and on that cross was One who paid my debt. There was nothing I could do to remove sin and God sent His son to pay my debt. I feel my sinfulness and helplessness at the cross.

At His cross, I learn about God’s providential love which surrounds me now. Jesus died for me, a mortal worthy of the torment of hell because of my rebellion. Now if God did that much for me when I was His enemy, how much more will He do for me now that I am His child? Mediate on these words, “But God demonstrates His own love toward us, in that while we were still sinners, Christ died for
us…For if when we were enemies we were reconciled to God through the death of His Son, much more, having been reconciled, we shall be saved by His life” (Rom. 5:8-10). He loved me then and He loves me much more now!