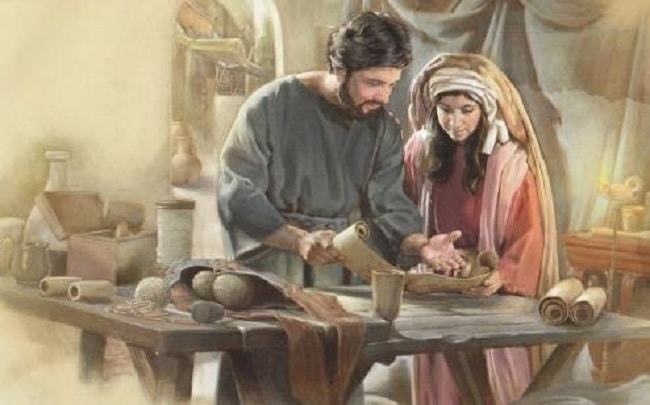 Reading the greetings and salutations of Paul in his various letters we gain insight into the fact that
both Jewish and Gentile women played a prominent role in the church and were among Paul’s most
loyal supporters. This should come as no surprise as we see Jesus also received His support from
various women. Luke 8:2-3 references Mary Magdalene, Joanna, Susanna, “and many others who
provided for Him from their substance.”

The book of Acts speaks of married couples (i.e. Priscilla and Aquila) and single or widowed
women (Phoebe, Chloe, Euodia, Syntyche) contributing to the spread of the Gospel and the rapid
growth of the early church. According to Acts 16, we gather that Lydia was a wealthy business
women. Many other rich and prominent women like her appear to be Paul’s biggest financial
supporters. This is an important fact as some would accuse Paul of trying to suppress the role of
women in the church in passages like 1 Corinthians 14:34-35 and 1 Timothy 2:8-15 where Paul asks
women to be “silent” and “submissive.” I have a hard time believing rich and powerful women would
support Paul if they thought he was a “male chauvinist pig.”

How then do we make sense of Paul’s instruction for men to lead and for women to follow? A
bit of history and context will help here. Timothy is in Ephesus when he receives Paul’s first letter.
Ephesus at that time was most well-known for the Temple of Diana, a cult religion managed by female
priests. When it came to “religion” the women ran the show and the lazy men were content to stay
home on Sunday and watch football or do whatever. Paul therefore instructs in 1 Timothy 2:8-15 for
the men to step up in public worship, specifically prayer and teaching. This is not a matter of equality!
Paul has already clearly established that men and women are equal in value before God. This is
simply a matter of assignment or role and God’s will on the matter. Read the text and you will clearly
see that men are to be holy and godly. Women are also to be holy and godly, and they are to be
known for their “good works.” Paul is telling women to avoid the stereotype of just “looking pretty,”
and he’s telling them to be busy doing God’s work. But he is also placing the responsibility of
leadership in worship squarely on the shoulders of the lazy men of that city/congregation. Corinth was
in a similar situation.

Some would try to brand this as a cultural matter that is no longer applicable today, but Paul
will not allow us to leave this text with that impression because he tells us exactly why God requires
men to lead. First he says it is because “Adam was formed first,” and then he says it is because
“Adam was not deceived, but the women being deceived fell into transgression.” Paul therefore links
the reasons to history, not culture. But let us be very clear here that God’s demand for men to step up
and lead should in no way detract from the duty of all Christian women to also serve Christ with all of
their heart, soul, strength, and mind (Luke 10:27). Rich and powerful women supported Paul and
that’s important to remember here.