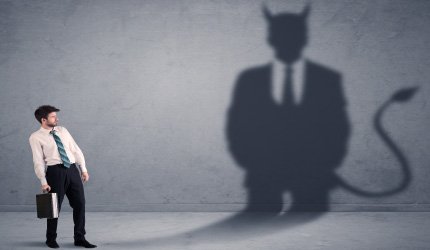 Q.How does one respond to the charge that the New Testament endorses superstition by its
occasional references to demon possession?
A.Demon possession was a real, historical phenomenon of the first century. Spirit entities, known as
demons [the KJV “devils” is an incorrect translation], did inhabit and afflict human bodies during
that age.
The question of demon origin is not spelled out in the Scriptures, though several theories have been
proposed by Bible scholars—some of which may be dismissed out of hand. A few writers have suggested
that demons were the disembodied spirits of a pre-Adamic race of men who lived upon the Earth in an
alleged “gap period” between Genesis 1:1 and 1:2. There is, however, no evidence of any such gap period.
Furthermore, Adam is clearly identified as the “first man” (1 Corinthians 15:45). Others speculate that
demons resulted from the cohabitation of angels with antediluvian women (based upon a misunderstanding
of Genesis 6:1-4), even though Christ plainly taught that angels are sexless beings incapable of such unions
(Matthew 22:30).
The two more plausible views surmise that: (a) demons may have been the spirits of wicked dead men
whom God, in harmony with His divine purpose, permitted to leave the Hadean realm to indwell some
people (see, for example, Alexander Campbell, “Demonology,” Popular Lectures and Addresses); or (b)
demons may have been fallen angels who were allowed to escape their confinement (Jude 6) for a similar
purpose (see Charles Hodge, Systematic Theology). Regardless of their origin, the existence of demons is
recognized within the pages of the New Testament.
In regard to their nature, demons are portrayed as spirits (Matthew 8:16), and thus did not possess a
corporeal existence (Luke 24:39). In regard to their character, demons are portrayed as unclean spirits that
were evil, and under the immediate control of Satan (Matthew 12:24,43,45). Demons also were intelligent
beings (Mark 1:24), and could exercise both volition and locomotion whenever permitted (Matthew
12:44-45). Demon possession of human bodies frequently resulted in physical and/or mental illness
(although such ailments clearly were distinguished from the demon itself (see Matthew 4:24). Dumbness
(Matthew 9:32), blindness (Matthew 12:22), and supernatural strength (Mark 5:4; Acts 19:16) sometimes
were characteristic of demoniacs.
The New Testament supplies no reason as to exactly why demons entered particular individuals, but makes
clear that they inhabited men (Matthew 9:32), women (Luke 8:2), and children (Mark 7:30). Apparently,
demon possession was permitted temporarily by God in order that the authority of Christ might be made
manifest. As the Lord revealed control over nature (Mark 4:41), disease (Mark 2:12), material things (John
2:9), and even death (John 11:44), so also did He demonstrate power over the spirit realm (Luke 11:20). In
fact, the authority of Jesus over evil spirits amazed His contemporaries, who exclaimed: “What is this? a
new teaching! With authority he commands even the unclean spirits, and they obey him” (Mark 1:27).
Christ’s disciples, by His authority, also could expel demons (Luke 10:17), except on one occasion when
hindered by their weak faith (cf. Mark 9:28 and Matthew 17:20).
With the termination of the supernatural era of the early church, demon possession, and the corresponding
gift of expulsion ceased. Satan’s supernatural power was bound (Matthew 12:29). Certainly, the devil exerts
great influence today. However, just as God no longer works miraculously, but influences men through His
Word and providence, so also, Satan wields his power indirectly and non-miraculously through various
media. Modern cases of supposed demon possession are doubtless the results of psychosomatic problems,

hysteria, self-induced hypnosis, delusion, and such like. They have natural, though perhaps not always well-
understood, causes. When the Bible discusses demon possession, it is always from a specific, historical

vantage point. As such, it does not endorse myth or superstition.

The article above was taken from the following URL: https://apologeticspress.org/demon-possession-the-
bible-and-superstition-1154/