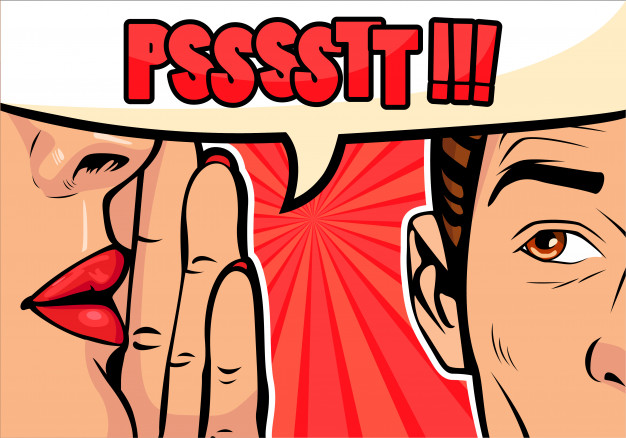 As masterfully and humorously portrayed in the 15th episode of the first season of the Andy Griffith Show (“Those Gossipin’ Men”), gossip can seemingly appear, full-blown, out of thin air. It can be personally hurtful, but it’s part of the territory of living and breathing. Here are 6
things I particularly dislike about the ugly specter of gossip.

It’s Obstructive. Billing itself as “helpful” and “instructive,” it usually serves the opposite purpose. It “reveals secrets” (Prov. 20:19) and is the hallmark of idle busybodies (1 Tim. 5:13).

It’s Spurious. As previously mentioned, gossip is as apt to be false and inaccurate as it is to be trustworthy. Even if there is a grain of truth, it can have an admixture of inaccuracy blended in. Tragically, it is often received as the truth and nothing but the truth.

It’s Inconsiderate. Few gossips would want to be treated the way they treat their subjects (Luke 6:31). Repeatedly, Christians are urged to “be kind to one another” (Eph. 4:32). We’re to love each other without hypocrisy and “be devoted to one another in brotherly love; give
preference to one another in honor” (Rom. 12:9-10). Gossiping is rarely wrapped in forethought and careful circumspection. It’s not “friendly fire.” It’s just fire.

It’s Presumptuous. Gossip is acting with entitlement, believing that it is fair and right to spread (whether true or false) information about the subject thereof. The gossip believes himself or herself qualified to share something about someone else, and such are usually mortified if the tale is traced back to them.

Yet, indignation should be tempered with realization. Few have so mastered the tongue that they are above the fray we mention here.

Let’s be convicted to practice saying good and kind things behind each other’s backs.

Remember to investigate before you propagate, and even then only carefully and prayerfully.

Usually, prayer and care will render the “juicy tidbit” dead on the floor of your mind, safely unspoken and incapable of doing any harm. Remember the famous words of 19th Century Michigan poet Will Carleton: “Boys flying kites haul in their white winged birds; You can’t do
that way when you’re flying words. Careful with fire, is good advice we know Careful with words, is ten times doubly so. Thoughts unexpressed may sometimes fall back dead; But God Himself can’t kill them when they’re said.”