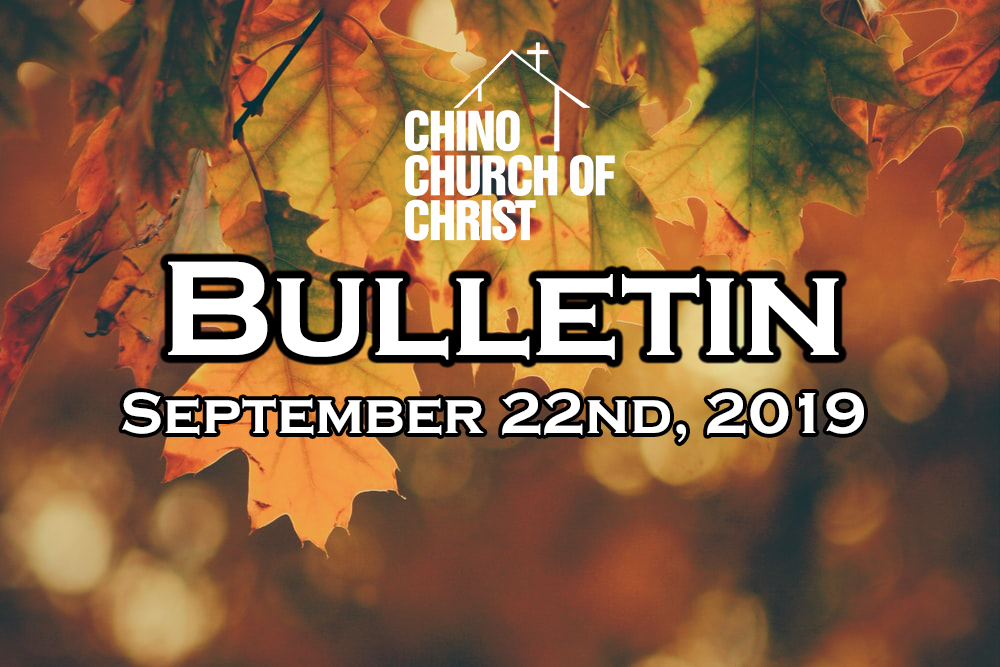 Lunch Bunch: This Tuesday, Sept 24th, 11:30AM.At ‘Pancakes R US’ Order what you want but each person pays for their meal. Everyone is welcome. The food and fellowship are always very good!
If you need a ride call Earlene Abraham or Raquel Vales. We had a good turnout at the last Lunch Bunch. There were 14 of us there. 10220 Central Ave, Montclair, CA 91763 (NOTE: New Restaurant although it is the same address as the old Anna’s)

Loving Our Neighbors: Saturday, Sept 28th, at 8:30AM, meet at the building Start the day with a hearty and delicious breakfast and fellowship, and then walk throughout our surrounding neighborhood to pick up trash and minister. Trash bags, gloves and Church of Christ t-shirts are provided.

Richard & Connie Ramirez’s daughter, Janel: She was due to give birth on 10/18 but, due to
complications, the doctor will induce labor today.

Jonal Schissler: She & two grandchildren were in an auto accident. They did not have any
serious injuries but the car was totaled.

Damon Aragon: Has been dealing with respiratory issues. Had fluid in his lungs.

Kathy Parker: A close friend of the Schissler’s. Had a 6 hour surgery on Monday 9/2.

Due to the current public health situation, the 2020 Chino Men’s Breakfast has been cancelled.